First we need to figure out if they had any motive. 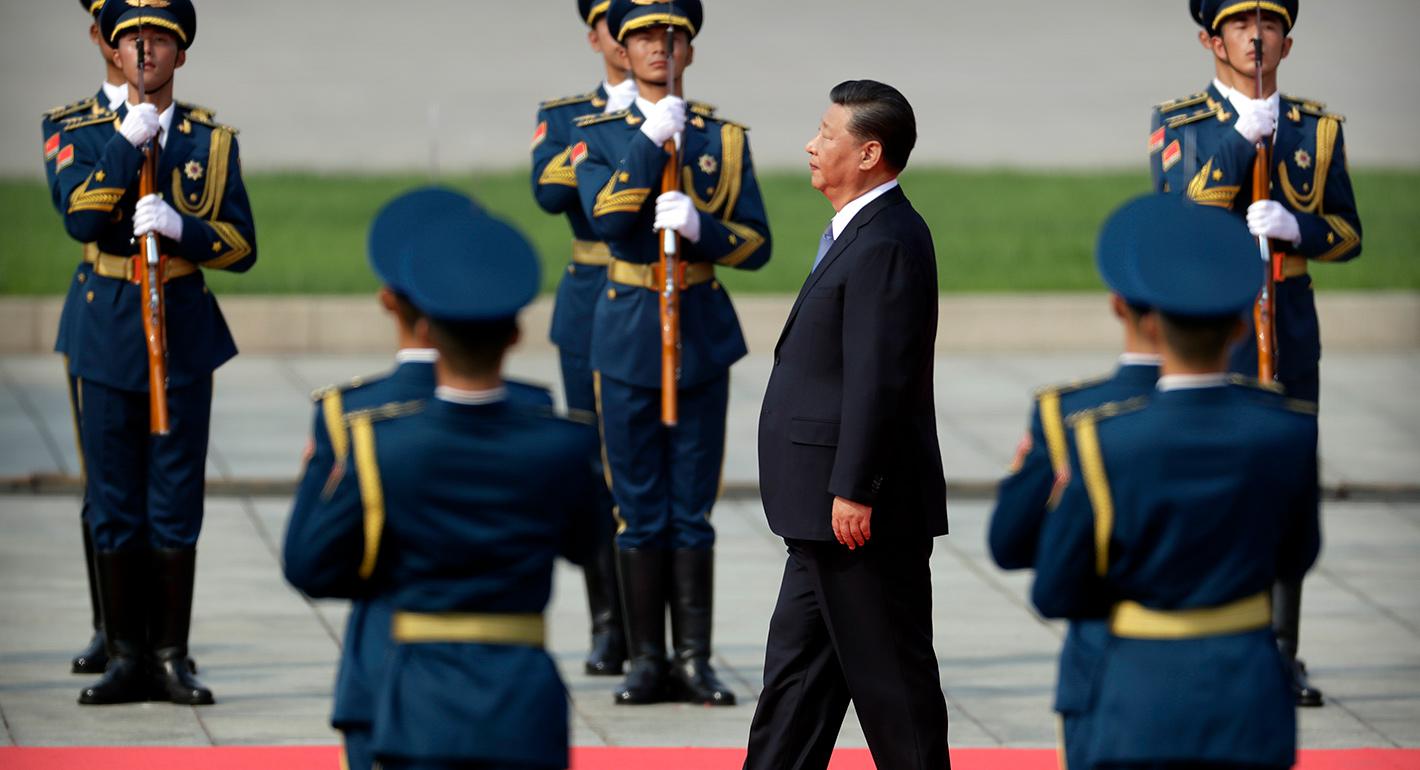 The conventional wisdom was that China would seek an expanded regional role but would defer to the distant future any global ambitions.

Throughout the 2010’s the world was fed a narative that China was on pace to dominate the world. 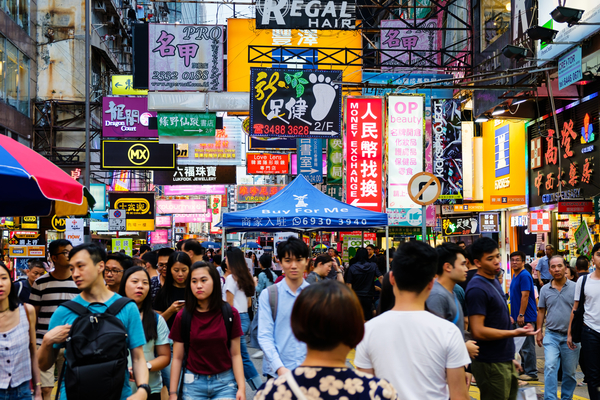 EMI undergraduate researcher, Michael Pocress ’21, explains events that led to the rise of Asia and how the continent may define future globalization.

The entire world has been feed a narritive that Chinas eventual global domination was inevitable & we should all just prepair for this future reality.

However there is one elephant in the room that no one mentioned, China has a massive issue standing in the way of their World Domination Goals.

Chinas Secret Achilles Heel, They are on the verge of collapse under the weight of thier aging population.

Population Demographics (the diversity of a country’s population by age-group & sex), are extremely important numbers to pay attention to, because if they get out of control that could spell collapse for a country.

A healthy population chart looks like a Christmas Tree:

The population is healthy because they have a growth-rate that is spread out in the optimal configuration. A large portion of the population is of working age (18 to 65), The ‘Economic Engine’ of the country.

This means that this Economic Engine is large enough to financially drive the country and support the retired older population who retire from the workforce.

The working age group is also the generation raising children. The ideal birthrate is one that replaces each parent in a household at an average ratio of 2.1 children per family.

China’s Demographics on the other hand look like a mushroom

“If current trends continue, China’s population will peak at 1.44 billion in 2029 before entering “unstoppable” decline, according to a Chinese Academy of Social Sciences study released in January. The country will enter an “era of negative population growth,” the report says, warning that by 2065 numbers will return to the levels of the mid-1990s. Fewer people means less domestic consumption, and thus rapidly slowing economic growth. The ratio of young to old will be dramatically imbalanced by the rising ranks of the elderly, putting unprecedented weight on the ties that hold society together.”

That hourglass shape is going to leave a tiny working generation to take care of their parents in retirement which spells disaster looming on the horizon for the Communist Party because they are going to have way too many elderly, which in a strictly economical sense, will be a liability on the balance sheet as they stop working & will inevitably put a burden on the Healthcare system.

Those of working age will be far too few. The other issue is that China is extremely lopsided as far as the male to female ratio. The Chinese, like most other cultures favor male children, hence during the one child policy many girls were aborted or killed in infancy so that the family could try again for a boy.

China has been hamstrung by population issues due to the Government’s repeated mistakes in trying to artificially control the population’s growth-rate.

So to summarize the above, China has a Population crises on their hands directly attributable to the 25 years of the CCP’s draconian 1 Child Policy.

Now China is left with way too many elderly & too many men. If they don’t do something drastic (even more drastic than literally physically forcing abortions on would be mothers & even systemic Infanticide practices) then they risk a full scale societal collapse in the very near future.

The problem is all but unfixable

The damage of the 1Child policy is already done. They already have a looming crises on thier hands. The only way to fix it is to drastically reconfigure their population numbers. In a practical sense and only a practical sense they would either have to allow massive immigration of people under the age of 18, without bringing their parents, or systematically engage in mass slaughter of their elderly.

These are 2 seemingly impossible tasks.

However COVID-19 is an interesting sidestep to this issue.

If you look at the numbers in a demographic chart, the numbers start to add up. First of all we all know that the elederly have died from Covid at a much higher rate than the rest of the age groups. Which is nothing new when it comes to disease. What is new is that covid seems to leave children under 18 untouched. That is not usual for a virus. Most viruses hit the elderly & the children the most. CV-19 just so happens to kill the exact population & spare the exact population that china so desperately needs to avoid a societal collapse.

Who does COVID kill most?

Earlier this week The US changed its tone and is now pointing to the reports of the deaths scientists in the Wuhan lab as possible evidence the Corona virus was leaked from a lab.

“So the Elephant in the room is almost too tabu to utter. Did China release the COVID-19 virus on it’s own population as a dark solution to their impending population crisis?

But if we are to go with this theory then China would have had to diliberately engineer Covid-19 to target & spare the exact populations that they need.

Enter the Lab Leak Theory. It was previously taboo to even consider the posibility that COVID was a man made virus that may have leaked from the Wuhan Institute of Virology. However newly admitted information has promped the mainstream media as well as Dr. Fauci to reverse course on the preiously taboo subject.

REVEALED: Three Wuhan lab researchers were hospitalized in November 2019 and Dr Fauci now says he’s ‘not convinced’ COVID developed naturally and calls for a full investigation into ‘what went on in China’Three researchers from China’s Wuhan Institute of Virology became sick in November 2019 and ended up needing hospital care Previously undisclosed U.S. intelligence report adds weight to growing calls for a fuller probe of whether the Covid-19 virus may have escaped from the laboratoryDr Anthony Fauci questioned the origins of COVID-19 at a May 11 PolitiFact eventAsked if he’s ‘still confident it developed naturally’, Fauci said: ‘No, actually”I think we should continue to investigate what went on in China until we continue to find out to the best of our ability what happened,’ he saidFauci’s comments came after he clashed with Sen Rand Paul on the topic at a Senate hearing earlier this monthIn front of the Senate Fauci said he could not rule out the possibility that COVID-19 leaked from the Wuhan Institute of Virology On Thursday the White House renewed calls for an ‘independent, transparent investigation’ into the origins of the virusIt followed a report from Republicans which found ‘significant circumstantial evidence’ of a lab leak By Megan Sheets For Dailymail.com and Geoff Earle, Deputy U.S. Political Editor Aboard Air Force One Published: 13:37 EDT, 23 May 2021 | Updated: 20:49 EDT, 23 May 2021

How China locked down internally for COVID-19, but pushed foreign travel

There is new evidence to show that China locked down all domestic traffic internally by end January 2020 but pushed to open foreign travel till end March. Data from Tom Tom traffic index, a traffic…

Why Is The WHO Not Calling The Coronavirus A Pandemic?

The COVID-19 virus has spread in Asia, North America, Europe and the Middle East, but the World Health Organization is holding off on calling it a pandemic, at least for now.

China has been hamstrung by population issues since the Chinese Communist party’s repeated mistakes in attempting to artificially control the population’s growth rates.

Well before you close your mind because the above is “not something that can happen in 2021,” China is currently committing genocide against the Uhigars.

In the 50s The CCP created a man made famine which disastrously left 100 million Chinese dead from starvation & malnutrition.